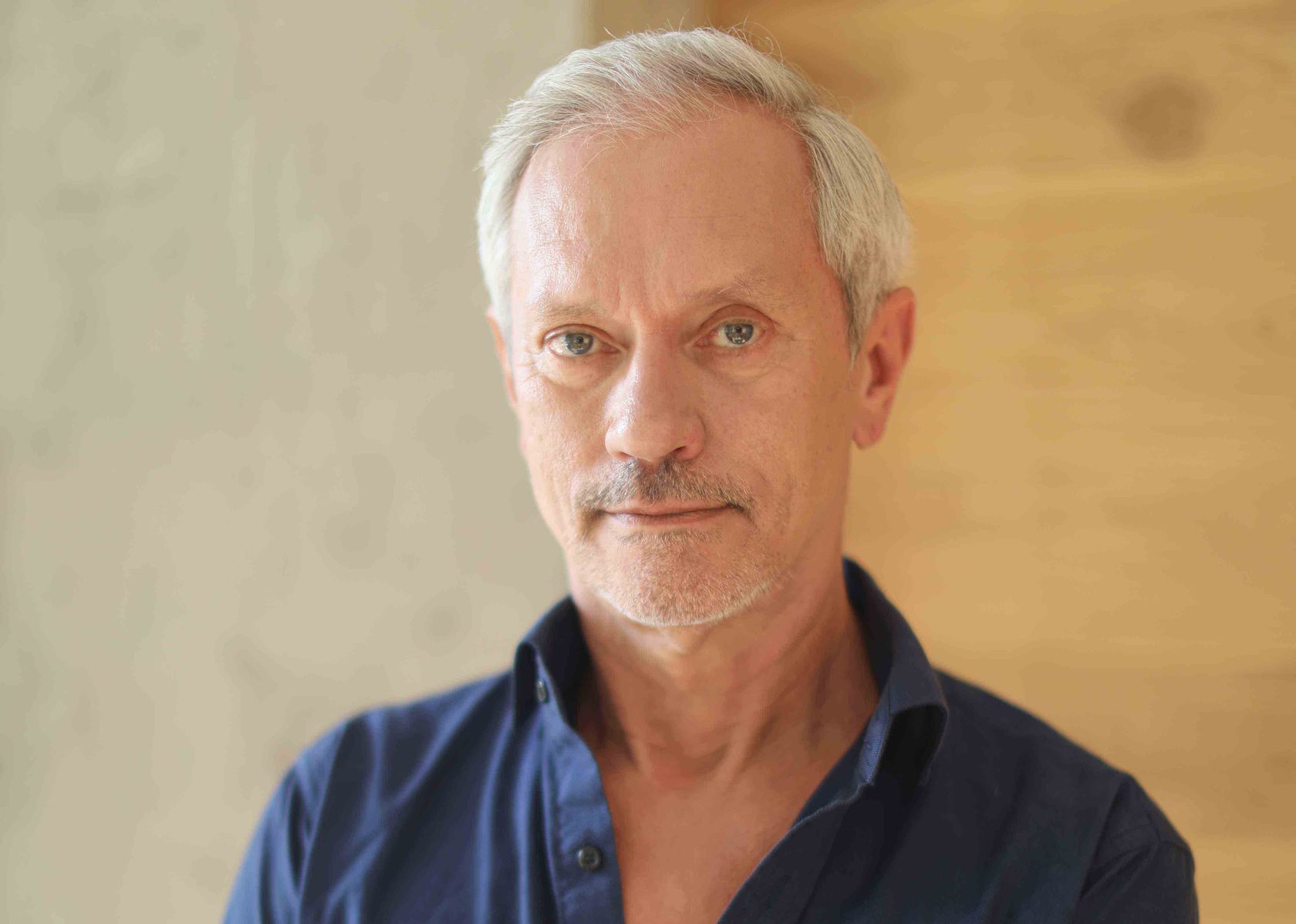 head of Critical Alignment Yoga and Therapy Institute in Amsterdam and Moscow.

He has been studying spine-related issues for over 40 years.

GET A PERSONAL CONSULTATION
Born in 1954 in a small village connected with Amsterdam by a small bridge, Gert van Leeuwen grew up in the peace of the countryside and the speed of a city.

Around the age of 16 he became interested in Indian philosophy and yoga. Not very strange in a period that the West started to meet the East. Perhaps passed by the Beatles who were initiated by the Maharishi in transcendental meditation.
Especially the books of J. Krishnamurti made a big impression.

During that period he worked at the desk of a retirement home and saw the old people passing by, shuffling and cramped. Reading about yoga he thought by himself, this can also be different.
He was inspired!
From thereof everything in his carrier developed without any planning.


At the age of 18 he started to practice yoga and when his first teacher asked him if he wanted to become a yoga teacher he said yes without any thought. He created a teachers training specially for him.
The first classes he taught were in 1976.
In the early 80ties he met two brilliant teachers named N.E. Sjoman and H.V. Dattatreya.
They were independent, not related to any yoga organization. Those teachers, from the Mysore tradition, became a turning point in his development.
Sjoman studied Sanskrit in Puna, the city where B.K.S. Iyengar lived. He did his PHD on the Yoga Sutras and followed classes with Iyengar on a daily base over a period of 5 years.
The brightest moment in personal practice, studying in India
Van Leeuwen became a pretty well known Iyengar teacher, his practice and teaching were deep. But he felt inspiration to go beyond the system in its research in order to give safety to students and feel joy in its own practice. He felt that actions led by will power only were leading to suppression of the body and were increasing to level of tension instead of releasing it. A strong anatomical- and psychological foundation connected to modern science, absence of hierarchy and fear has been the key fundamental elements of the school.
The history of creating Critical Alignment Yoga props

Gradually, step by step he started to reform the Iyengar method. It took him about 20 years before he was able to present his new developed style to the world through the publication of his book Critical Alignment Yoga.

Both the new yoga style (CAY) and next to that a new yoga therapy method (CAT) are widely accepted through the world.
Van Leeuwen leads the Critical Alignment Yoga and Therapy school in Amsterdam and travels through the world in order to train yoga teachers and therapists in his method.
His book is translated in English and in the Russian language.
Strong, anatomically and physiologically logical base, supported by latest scientific research, no hierarchy and fear became fundamental features of the method.
You can book an assessment with Gert van Leeuwen in Moscow
MORE DETAILS
© 2019 Critical Alignment Therapy and Yoga Institute, Moscow
Studio rules
Сontract offer